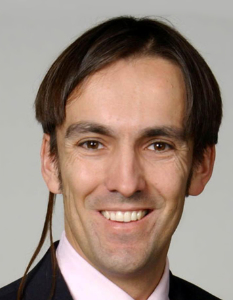 Lars M. Blank studied Chemical Engineering from 1990 to 1997 at the University of Dortmund (Germany) and Biology from 1992 to 1997 at the Ruhr-University of Bochum (Germany). During his master theses he worked in the field of Metabolic Engineering in the group of Prof. E. T. Papoutsakis at Northwestern University, IL, USA and in yeast cell biology at the Ruhr-University of Bochum. In his Ph.D. in the group of Prof. L. K. Nielsen at the University of Queensland, Australia (1998 to 2002), he developed a continuous process for hyaluronic acid production. During his Ph.D. he worked as a visiting scientist at the Technical University of Denmark (DtU), Lyngby, Denmark (Sept. – Dec. 1999). As a postdoctoral fellow of the Deutsche Akademie der Naturforscher Leopoldina (Halle, Germany) he established flux analysis as an additional tool for yeast Systems Biology in the group of Prof. U. Sauer at the ETH Zurich, Switzerland. From November 2004 until June 2011 Lars M. Blank lead the group Systems Biotechnology at the Laboratory of Chemical Biotechnology of Prof. Andreas Schmid at the TU Dortmund. In January 2010 he finalized his Habilitation. In 2011 he became professor and head of the Institute of Applied Microbiology at the RWTH Aachen, Germany. He contributed to more than 190 peer reviewed publications and is associate editor for, e.g. Metabolic Engineering and Metabolic Engineering Communications.

By continuing to browse the site, you agree to our use of cookies. Further Information